Surtain may be the next Champ Bailey.
To Broncos fans hating Surtain pick, “Elway was #1 and heads above all other QBs. You were not picking at 1 or the next Elway. Mac Jones looks like Drew Bledsoe 2.0 and Ohio State’s track record on QBs is atrocious.”
Love the trade up by the Jets to get their guy at 14. Left side of the line is now set for the next 10 years.
The comparisons in NY for Micah Parsons were LT light which to me says outside LB. Either way, that is a hell of a compliment being mentioned in the same breath as the greatest linebacker ever, Lawrence Taylor.
Raiders 1st round pick – what were they doing?
Hey NFL Network! Stop with the Fully Vaccinated nonsense. You are either vaccinated or not! Someone with 1 dose of Pfizer/Moderna is at 80% compared to those who get the single dose J & J at 66%.
Kwity Paye – future bust, 67 score on production. Reminds me of that bust the Jets bust they took out of Ohio State, Vernon Gholston 2.0.
Good pick by the Vikings at 23. Immediate starter.
Great pick by the Steelers, Najee Harris! Future Pro Bowler. They should rename this the NFL Alabama Draft. How many Alabama players is that now? 6?
Nailed the Browns pick at 26 in my mock draft! Greg Newsome! Out of the 26 picks so far, we had 25 going in the first round. Our best mock draft ever. The order may be off but still 25 first round grades correct. Only missed one, Alex Leatherwood going to the Raiders in the first round. What we wrote in our mock draft on Newsome, “Somebody in the first round was going to take Newsome. This is where we have him going.”
ESPN Broncos beat reporter, “Why they picked him: Surtain, given his versatility as a man-to-man cornerback, or in zone and as a run defender, will be a walk-in starter. He was one of the most complete prospects on the board…For the Broncos, he was the most ready-made NFL player on the board.”
ESPN Jets beat reporter, “Why they picked him: He and LT Mekhi Becton, last year’s No. 1 pick, will form a rock-solid left side of the line. This was a smart pick.”
ESPN Colts beat reporter: “Why they picked him: The Colts are desperate for help in the pass-rush department. Biggest question: Paye lacks consistency, and he didn’t put up eye-popping sack numbers while at Michigan, with only 11.5 sacks in three-plus seasons.”
Steelers ESPN beat reporter: Why they picked him: He’s an every-down back, ready for contact on Day 1. He’ll give Pittsburgh a much-needed lift on the ground.”
Browns ESPN beat report: “Why they picked him: Newsome solidifies a revamped secondary, having allowed a QBR of 3.4 as the primary defender in coverage last season, third best in the FBS.”
Final 1st round tally, 27 of our projected 32 first round players were drafted in the 1st round. we were 26 for 27 and then the roof fell in at the end of the first round. Our biggest miss: we had Clemson OL Jackson Carman going at #20 and he was not drafted in round 1. Our biggest hit… for 100% accuracy where it was not an obvious pick, Newsome at 26 to the Browns. For going at the right pick # but to a different team, Jones at 15 except we had the Patriots trading out of the pick. 84% for the round, our best year yet. Time to turn attention to the NHL playoffs and see how our hockey predictions pan out.
NFL Network Draft Analyst –
Surtain is my favorite corner in the draft. He simply stops passes from reaching their intended targets. He is a strong press corner, and his ability to play the ball in the air is special.
Newsome should have been picked much earlier, so the Browns found excellent value picking him at No. 26. He has the size, strength and speed to match up against any NFL receiver. Newsome can also play the ball very well, fighting through the catch or making the interception when the opportunity arises.
Selecting Paye made sense for the Colts, who are looking for a difference-maker on the edge as a pass rusher and a run defender. I am of a similar mind with my NFL Media colleague Charles Davis, who stated during the draft that it’s hard not to think of former Wolverines Brandon Graham and LaMarr Woodley when watching Paye overwhelm tackles.
I love Harris’ game. He has power, agility, receiving ability and a strong work ethic. The Steelers really needed to find a special back in the Le’Veon Bell mold.
Did the NFL just forget about Jeremiah Owusu-Koramoah for him to fall to 52? Great pick by Browns.
How did Trey Sermon fall to 88? A steal for the 49ers.

LeBron James – Love Him or Hate Him? 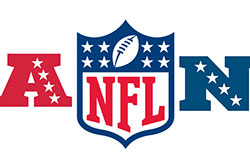 Signs point to Culpepper signing with the 49ers