Team KandyDec 03, 2016Comments Off on Assassin’s Creed® The Ezio Collection

Ezio’s saga begins in Assassin’s Creed II as you fight and explore through the open world of the Italian Renaissance in an era of arts, riches, and murderous conspiracy. Ezio takes leadership of an entire Brotherhood of Assassins in Assassin’s Creed Brotherhood and the journey continues into Italy’s greatest city, Rome – the centre of power, greed, and corruption. Ezio’s final adventure takes place in Assassin’s Creed Revelations, where there are two Assassins, one destiny. Ezio walks in the footsteps of his great mentor, Altaïr, on a journey of discovery and revelation in 16th-century Constantinople and the heart of the Ottoman Empire.

Play as Ezio, the most celebrated and iconic Assassin in the Assassin’s Creed franchise. Join him on his journey from a young man to the most legendary leader of the Assassin Brotherhood. Follow him in his final quest for discovery and revelation through all single-player campaigns and single-player add-on content from the three collected games.

ENHANCED FOR THE NEW GENERATION

Experience these three classics with greater hardware capabilities and processing power, bringing the stories and immersion to life with enhanced graphics and post-processing techniques.

Kandy says this is a Buy. Although Assassins Creeds fans may own the previous titles this is a great opportunity to see the journey from beginning to end in a single game. With the enhanced graphics and bonus footage it will be an enjoyable experience. 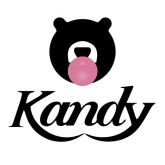