Baseball Reminds Us Why It is Our National Pastime

Ron KuchlerNov 03, 2016Comments Off on Baseball Reminds Us Why It is Our National Pastime

For one night, major league baseball reminded us why it is our national pastime. Why, in this writer’s eyes, it is the most romantic sport. It reminded us why baby boomers have a sweet spot in their hearts for the days past when ballgames were two hours long, not four. Yes, our millennial readers baseball games were at one time only two hours in length. These were the days before Billy Ball, pitch counts and eight pitching changes in a single inning. These were days of a closer going three innings and starting pitchers going nine and even ten, if necessary. But, today is not about those days. It is not about last night, a game millennials will recall twenty, thirty, forty years from now as the greatest game they witnessed.

In a script that I doubt Hollywood would even dare write, the Chicago Cubs and Cleveland Indians staged an epic World Series, with a conclusion that for one night brought a divided country together. As I sat watching the game, I couldn’t help but think of two of the greatest baseball movies ever made, Bull Durham and The Natural.

The Chicago Cubs led by their retiring 39 year old catcher David Ross, who reminds me of Crash Davis, the aging catcher of the Durham Bulls played by Kevin Costner whose one job was to nurture the young, brash flame throwing Ebby Calvin Laloosh played by Tim Robbins, are the brash, young Durham Bulls. And, thanks to the mic’d up Ross we gained insight to the leadership he provided to young guns such as Anthony Rizzo. Of course, no analogy would be complete without some sort of drama and, as in the movie Bull Durham, the aging catcher Ross takes the pitcher yard. Ross’s blast gives the Cubs a three run lead and one can sense the joy in Wrigleyville.

Ahead by three runs,  the Cubs takes the field in the bottom of the eighth and Cubs pitcher Lester quickly records two outs before an Indians batter reaches base. Cubs manager Maddon makes the call to the bullpen and in comes overworked ace closer Chapman to record the final four outs of the game. Ahh, but this is Hollywood, and after fouling multiple two strikes pitches, Indians outfielder Rajai Davis takes Chapman deep into the left field bleachers, hearkening memories of The Natural when Roy Hobbs, played by Robert Redford, hits the ball into the lights.

Neither team scores in the ninth and we are headed to extra frames. But, first, the special effects people of Hollywood interject with rain falling from the heavens. You literally cannot write this ending and expect the public to believe it. Between the fans of the Cubs and Indians they have waited 176 years for a championship so what is a little bit longer while mother nature keeps us in suspense. After a seventeen minute rain delay, play resumes and the Cubs regain their composure and push two runs across the plate in the top of the extra frame. With no gas left in Chapman’s tank, Maddon turns to a 48th round draft pick, yes that is correct a 48th round draft pick, to close the game – Carl Edwards Jr., not to be confused with NASCAR driver Carl Edwards. The Indians get one run back and, with the winning run at bat, Maddon once again goes to his bullpen and calls in Mike Montgomery who has never saved a game in his life. In an ending that is poetic, Indians batter Michael Martinez grounds out Bryant to Rizzo to end the greatest World Series game in twenty odd years.

One wonders what the outcome might have been if Indians manager Terry Francona had left Coco Crisp in the game instead of lifting him for added defense in Martinez. Crisp was 2 for 4 in the game and hitting .333 for the series and his OPS was .885. We have all off season to debate, but one thing is for sure the two greatest managers in the game today were on the field last night. 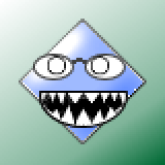