James Davis blows things up for a living. That’s what he quips when explaining to Pocket-lint just what the title of Floor Manager of an SFX department is all about. Not all special effects involve pyrotechnics or stunt men hurling themselves from rooftops, but the other part of Davis’s job doesn’t sound too bad either – he builds and designs gadgets for the movies. We caught up with him, and some of his inventions as used in Rowan Atkinson’s spy comedy Johnny English Reborn, on London’s South Bank.

“On set, we’re responsible for the day to day running and use of the SFX,” he explains, as he shows us through a selection of some of the more interesting gadgets and props from the film, all of which work as they should short of actually shooting bullets.

Davis works for a company called Mark Holt SFX of which the eponymous gentleman is the owner and chief supervisor. They’re hired on a production by production basis to make real the dreams of the scriptwriters and directors who’ve decided that they need a lipstick gun or vacuum cleaner that turns into a sniper rifle and a chainsaw as is the case in Johnny English Reborn. It’s a job that’s taken the team as far as the Arctic Circle, living on an icebreaker, while shooting the TV series Shackleton where the entire crew was protected by snipers in case of polar bear attack. Much like the location for the film, Holt, Davis and their colleagues are very much at the will of what each production demands.

“The art department is in charge of the look of things but their job is more set design than objects. The gadgets themselves are script driven, then built by us and checked by art. So, the art department might come up with the ideas but we’re very much the nuts and bolts. We make it happen.”

As fantastical as the requests might be, Davis never had to say no. The vacuum cleaner – as used by the Killer Cleaner character from Johnny English Reborn – was a simple affair. It had to look like a cleaner, so it was easy enough to start with a Dyson and just add on the magnetic sight, trigger that pops out, silencer attachment and some internal slots for storage, but there were tougher assignments that Working Title had in store.

“The wheelchairs were tricky,” confesses Davis as he thinks through a feature-length list of props.

“There’s a classic Bond car chase in the film but Rowan decided very early on that it would be much funnier if it was in wheelchairs. We started with a fast and manoeuvrable electric wheelchair and went all the way up to a petrol-powered one, which ends up hammering it down the Mall at 40mph.”

In the end it took five wheelchairs to shoot the sequence – two electric, two petrol and one that could be towed behind a truck for the close-up shots – but the real trick was kitting them out with all the optional extras that any self-respecting spy vehicle would need.

“They had wing mirrors and guns hidden in the arm rests. Wheelchairs don’t have panels that can store guns, so it was a bit of a challenge.”

Sadly, some of even the most inventive solutions often end up in a heap on the cutting room floor. One of Davis’s favourite gadgets for Johnny English Reborn was a bow tie that doubled as a set of wirecutters lovingly machined from aluminium with precision, hardened steel blades which he manages to dismiss very stoically.

“We’re happy to supply. If we make more than are needed, rather than the other way around, then it means we’re doing our job right.”

For the effects that do make it in front of the camera, the story isn’t over. It’s then Davis’s dubious pleasure to fret as the actors manhandle the SFX team’s creation without an awful lot of consideration of the efforts that went into making them. For a few, though, it’s even worse. Some of the effects are a one-time only affair with the likes of stunts and explosions a classic for having to get it done in one shot.

“The camera normally misses everything the first time. The crew don’t really know what to expect. It’s understandable, so we try to engineer things such that you can do it more than once. Blowing up cars is always very nerve wracking. There’s generally only one of them to spare.”

The obvious option, then, is to head towards the increasingly popular computer-generated box of tricks where these kinds of issues don’t feature. You can blow up a virtual car as many times as you like and have the flames burn and the vehicle flip in exactly the direction you wish them too. Of course, many cinema fans have debated at length the validity of CGI when it comes to maintaining that suspension of disbelief. With his livelihood invested invested in the opposite, one might think Davis would have some strong opinions on the subject but it the truth turns out to be quite different.

“Computer-generated effects are all part of it. It hasn’t taken anything away. It actually generates more work for us.

“Any effects with an actor generally have to be done for real. Explosions done in CG need close up reactions which we help provide with things like wind the actor’s face to simlulate the look of the blast. The best of both is to combine the two. If the VFX guys do it on their own without SFX, it tends to be very, very expensive and it doesn’t look right. Most directors want to do everything in-camera so that they can see it’s been done and so that they’ve got more control over it.”

While Davis was one of those people who spent their youth taking apart their parents’ radios – with mixed results when it came to putting them back together again – he confesses that the love of gadgetry is more about the mechanics than the technology for him.

“It’s important to be into the making. If something breaks and you call out the repair man to sort it out, then this job probably isn’t for you.

“I’ve come to the conclusion that farmers would be perfect for this work. They have a great can-do attitude. If something breaks than they’ll usually fix it themselves, sometimes by taking other things apart to find what they need to do the job. There’s also the show-must-go-on ethos in them too. They work nights. They don’t just knock off at 6pm and that’s very important in what we do.”

If you think you meet that description – without necessarily actually being a farmer – then there’s a wall in the Mark Holt SFX workshop where they pin the CVs that get sent in and, when work load gets heavy, they give people a call.

We couldn’t end our chat with Davis without getting his opinion on one more thing, though. Who would win in a fight between Johnny English and James Bond?

“Hmm, well, better would be a fight between Roger Moore and Rowan Atkinson. Both really played the spy role with a lot of comedy, but Johnny English would win hands-on down over a more gritty Bond like Daniel Craig.”

Something to do with having superior gadgets, we presume. 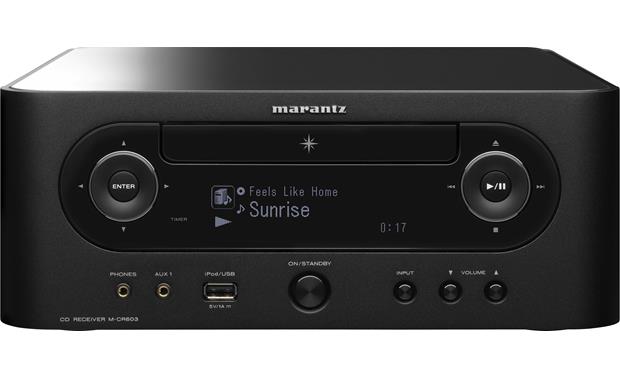