In OFFICE CHRISTMAS PARTY, when the CEO (Jennifer Aniston) tries to close her hard-partying brother’s branch, he (T.J. Miller) and his Chief Technical Officer (Jason Bateman) must rally their co-workers and host an epic office Christmas party in an effort to impress a potential client and close a sale that will save their jobs.

Once upon a time, the office Christmas party was a highly anticipated tradition, an epic night of drinking and festivities that blurred the line between co-worker and friend, employer and employee.

Since the fallout from the night’s unbridled events frequently lead to countless hangovers, lawsuits, and weeks of awkward apologies, overzealous HR departments spent decades reigning in the wild and raucous office Christmas ragers until the once legendary celebrations evolved into the staid, polite and family friendly affairs we know today as “Holiday” Parties.

“The office Christmas party is really a throwback to a less civilized time. It’s like the dire wolf skeleton you see at the La Brea Tar Pits,” says Producer Scott Stuber. “The “Holiday” party today is like a house-broken pug… it’s not going to hurt anyone, and it plays well with children, but somewhere, deep down it still has that dire wolf DNA.”

“An office Christmas party isn’t a religious celebration,” argues T. J. Miller, who plays Zenotek’s Chicago Branch President Clay Vanstone. “It’s a celebration of letting go and not being afraid to tell your boss what you really think without getting fired.”

This is a ‘Must See’ for fans of Horrible Bosses, Silicon Valley, and SNL. The cast is filled with veterans of each and the film may be the breakout comedic performance of T.J. Miller. Jennifer Aniston has found a niche role in movies lately playing the alpha female, a far cry from her days as Rachel on Friends. Perhaps, in real life she is the alpha and that is what attracted Brad Pitt to her. It would seem to make sense. Angelina certainly strikes one as the ultimate alpha woman. That leaves us wondering, who is the next alpha female to enter Brad’s life? Scarlett Johansson? Amy Schumer? Jennifer Lopez? Tina Fey? Jennifer Lawrence? Ashley Judd? Charlize Theron? Tell us what you think by taking our poll. 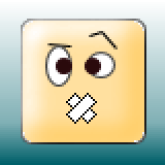