“When you fight the dark, dark gets in you…”
—Master John Gregory

Kandy Says: Seventh Son is based on the book series “The Last Apprentice” by Joseph Delaney. Is the Seventh Son the next Harry Potter film series? Probably not. Is it the next The Hunger Games or even Hobbit? Also, probably not. Is it the next The Chronicles of Narnia? Perhaps. The book series is widely popular worldwide and therefore brings in an automatic audience. If the book is to have a life on the big screen, it is going to depend on how well the screenwriters translate the characters from page to screen. 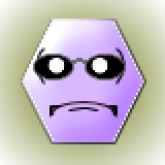 While stuck in quarantine we are Bringing back Kan

Stuck inside? Spend some time with kandy girls @_s

Who can guess who is next months kandy cover girl?