As Christmas is just around the corner many people are furiously drafting letters to Santa Clause, with gadgets of one sort or another high on many present wish-lists – but what are the must-have devices? With some help from former Gadget Show presenter Tom Dunmore, we present the 2011 festive hot list,  which features the likes of the Apple iPhone 4S, iPad 2, some futuristic gloves and a rather fun Top Gear sat nav. Also in demand this year are Angry Birds cuddly toys and an alarm clock that’s designed to send you to sleep – as well as wake you up. Just remember – you can’t ask for them all.

Dunmore has no hesitation in naming Apple’s smart new iPhone 4S as the single most in-demand gift this Christmas, which features a new camera, voice recognition and upgraded chip.

iPad 2: It’s the hottest tablet out there

It sold out in less than 24 hours of its British launch and it’s still the must-have tablet, being a slimmer and faster version of the already world-beating iPad.

Amazon Kindle Fire: Do you have a burning desire to own one?

Buying a tablet, though, doesn’t necessarily mean having to buy an Apple product. As Dunmore says: ‘The Amazon Kindle Fire is a cheaper touchscreen alternative.’

Cold facts: The Totes Isotoner SmarTouch gloves mean you can phone your friends while your hands stay warm

These are great stocking fillers for smartphone or tablet owners. ‘They have a special conductive material woven into the thumb and index finger,’ says Dunmore, ‘so you can continue to tap, pinch and scroll even when it’s freezing outside. They are available in a range of colours including funky stripes for her and manly black for him.’

This sat nav is a must-have for any fan of the show. It features a combination of a Stig mode (silent), Jeremy Clarkson’s directions and unique Top Gear points of interest, including race track and raceway locations. Also handy is TomTom’s congestion-busting HD Traffic technology, which steers drivers through traffic jams. The bundle also includes mobile and fixed speed camera alerts, plus TomTom Places to help find local shops and businesses.

Snap happy: The Looxcie Camera will record those special moments

This is a video camera that can record things that have just happened to you, according to Dunmore. He says: ‘It’s not quite time travel, but it’s close. Looxcie looks like a Bluetooth headset. You strap it over your ear and go about your business. ‘All the while it’s recording new stuff and deleting old stuff. But as soon as something interesting happens in front of your eyes, you press this button and Looxcie stores that moment permanently. It’ll even send it to your smart phone. ‘So the next time you bump into a celebrity, spot a UFO – or manage to talk to a girl – you’ll have the evidence to prove it.’

Bear necessities: The Kuchi Paku toys will dance in time to the music

These are hi-tech and cuddly toys with built-in speakers that you can hook up to your phone or MP3 player. When you play music Kuchi Paku dances in time to it. Dunmore says: ‘It’s available in the shape of a Lion, Penguin or Polar Bear and they’re loads of fun for kids – and it’s also a hilarious way to have speakerphone conversations. Just try to keep a straight face when you hear your boss’s voice coming from a cuddly penguin.’

Angry Birds: The gaming characters have flown into the real world, along with the pig

These got Dunmore in a real flap as they bring the top mobile game into the real world.

Pure Twilight: No, it’s not the teen vampire movie, but an alarm clock that also helps you drift off

‘If you’re finding the whole festive season a little too stressful,’ says Dunmore, ‘ask Santa for a Pure Twilight. It’s a bedside Digital and FM Radio alarm clock that lulls you to sleep with nature sounds, white noise or lullabies and then gently wakes you with a Dawn Simulator and lullabies.’ 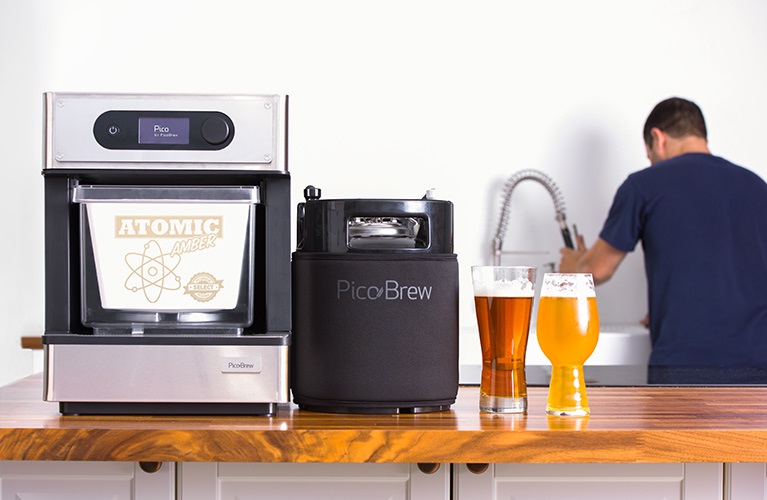