A hundred crunches twice a week, week after week, month after month, and … nothing. If this is you, well, first of all, take heart in the fact that you’re not alone. Lots of guys approach abs the wrong way. Which comes to our second point: You’re probably approaching abs the wrong way. But again, don’t despair. We’ve got the fix, and we’re sharing it with you.

What You’re Doing Wrong
Several things, truthfully. The main one is you’re not giving your abs enough variety — specifically, not enough ab muscle fiber recruitment. “You need to train your abs in all planes and in combination with a bunch of other exercises to achieve full development,” explains Mike Wunsch, a certified strength and conditioning specialist and the director of fitness at Results Fitness in Santa Clarita, Calif.

Secondly, and related to the above, your abs program needs to be a core workout. Most people put all their focus on the upper abs, but that’s only part of the core puzzle. Wunsch puts his clients through a series of exercises that include not only extension and flexion, but also rotations. As a result, the entire core gets worked. And he never waits until the end of the workout to do core work. “We do it right after the warm-up, so it’s the first high-intensity move you do. If popping abs are what you want, it must be a high priority.”

Finally, you’re not hitting your abs often enough. Abs are not like other muscles that need to be worked only twice a week, maximum, for solid development. For those abs to show, says Wunsch, you need to use his program four times a week, alternating the exercises with each ab-workout day.

Wunsch’s Program for Making Your Abs All That
Perform two core moves per workout, supersetting the moves. In other words, do the second exercise right after the first, then rest. Do two to four sets, with 30-second rests between each superset. (Beginners should start with two sets.)

Alternate workout A with workout B for each day you do abs, and make sure you get a day of rest for the core between the first two and last two workouts. Example: Monday is A, Tuesday B, Wednesday off, Thursday A, Friday B.

And remember: Do the core routine after the warm-up (i.e., before the rest of your workout).

Dumbbell Russian Twists, eight reps to each side

Exercise descriptions
Plank Saw: Get into a standard plank position. (Lie face-down with your elbows bent at a 90-degree angle, forearms underneath your chest and flat on the ground. Prop yourself up to form a bridge using your toes and forearms. Maintain a flat back and do not allow your hips to sag toward the ground.) Your toes should be on top of two plastic plates or something similar (paper plates, 5-pound weight plates, etc.) that will slide. To execute the saw, slide your body backward and then forward, like a saw, so the angle between your forearms and upper arms goes from about 135 degrees to about 45 degrees.

Dumbbell Russian Twists: Start seated on the floor with your knees bent at 90 degrees, heels in contact with the ground. Hold a dumbbell or weight plate straight out in front of you (with arms slightly bent at the elbows), then lean back until you feel the abs engage to stabilize your body. Rotate as far as possible to your right and touch the DB or plate to the ground behind you. Make sure you rotate your entire torso and are not just reaching around with your arms. After touching, forcefully change directions and move the load to the other side.

Dumbbell Farmers Walk: Grab a pair of heavy dumbbells, with the heels of your hands facing your hips, and walk about 25 feet (go farther each week) without putting them down. Take short, choppy steps when walking — especially the first few steps. This allows you to conserve energy and stay balanced during your stride. Once you pick up momentum, you can take longer strides, but it’s almost always easier to maintain control with short, choppy steps.

Prone Cobra: Begin by lying face-down on the floor with your arms beside your hips and your palms facing up. Activate your core muscles by drawing your abs toward your spine and squeezing your butt. Slowly exhale and lift your chest off the floor and your arms up and backward toward your hips. Rotate your thumbs toward the ceiling as you carry out the movement. Pause at the top of the movement for five seconds. Then return to the starting position.

The Best Fall Sport for Cardio 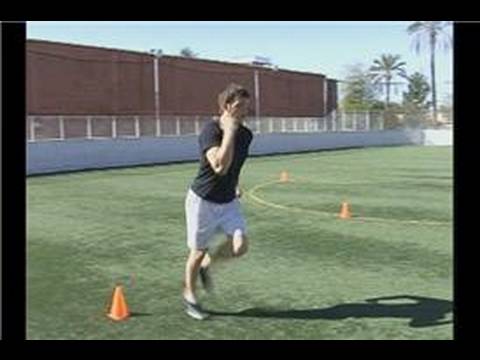 How to Wear Stripes at Any Size